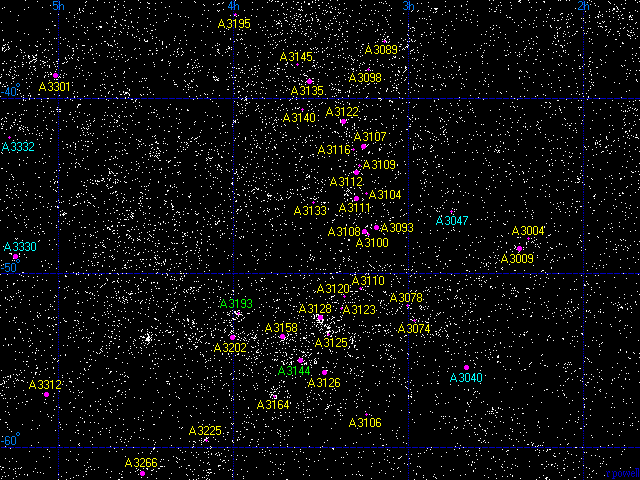 Included in the Horologium-Reticulum Supercluster, is Abell 3266, one of the most massive regions in our local universe. Incidentally, a huge cloud of gas, stretching out more than 5 million light-years along, is quickly approaching the cluster, which will reignite an era of star formation for the galaxies that will be impacted.[3]