To quote the late Douglas Adams (the beloved author of “The Hitckhikers Guide to the Galaxy” books): “Space is big. You just won’t believe how vastly, hugely, mind- bogglingly big it is. I mean, you may think it’s a long way down the road to the chemist’s, but that’s just peanuts to space.” Truer words have never been spoken, as the universe itself is so big, it is incomprehensible, even to the most knowledgeable and open minded individuals. With a diameter that extends more than 93 billion light-years across, many very large objects are just lurking out in space, waiting to be found. In this list, I’ve gathered up the most massive and bizarre structures found in the universe. Many of them are actually a collection of objects, held together by the immense force of gravity. And since space is so big, none of our Earthly means of measuring distances will suffice, so for the sake of this article, we’re going to use light-years, the rate at which light travels through space in one year, as a unit of measurement.

We hope all of you enjoy this brief trip to the great beyond. 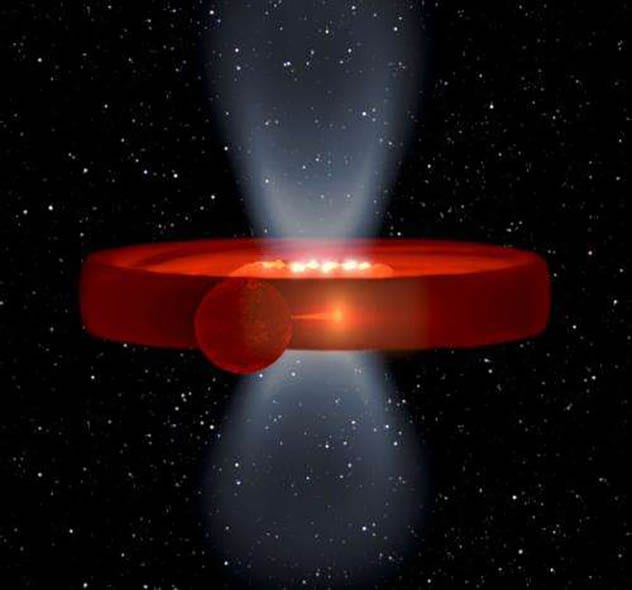 We start this list out with the closest structure found from Earth (and the only one actually located in our galaxy), formally known as Swift J1357.2 — located almost 5,000 light-years from Earth in the constellation of Virgo. The structure itself is one of the least understood of this list, but physicists believe that it is based around a binary system containing a star and a stellar-mass black hole. The companion star in the system makes a complete orbit around the center of the system’s mass in the shortest orbital period known of at this time, just in 2.8 hours.

Contrary to popular belief, black holes are not cosmic vacuum cleaners that siphon all material located within the general vicinity of them. Instead, black holes only consume matter that dwells too close to them (coming within the so-called “event horizon,” which is basically the point at which nothing, not even light, can escape from). Gravitational perturbations can be the catalyst for this, causing an object (or a collection of matter) in a stable orbit around a black hole to veer off course, sending it spiraling inward. Because of this, it’s not uncommon that more material can collect than the black hole can consume at any given time. This material is known to build up and form something called an accretion disk.

The structure known as Swift J1357.2 is likely similar in design to one of these disks. Unlike its normal counterparts, this particular one has formed in the outer layer of the accretion disk and acts like a wave (traveling in an outward vertical direction instead of horizontally) which has resulted in a systematic “dimming” of the companion star every few seconds.[1]