In 1998, Warren Buffett and Bill Gates participated in a question and answer session on the campus of the University of Washington. The billionaire friends came up with the idea for the event, to coincide with Buffett’s weekend visit to Gates’ home, following Microsoft’s annual summit meeting for CEOs. 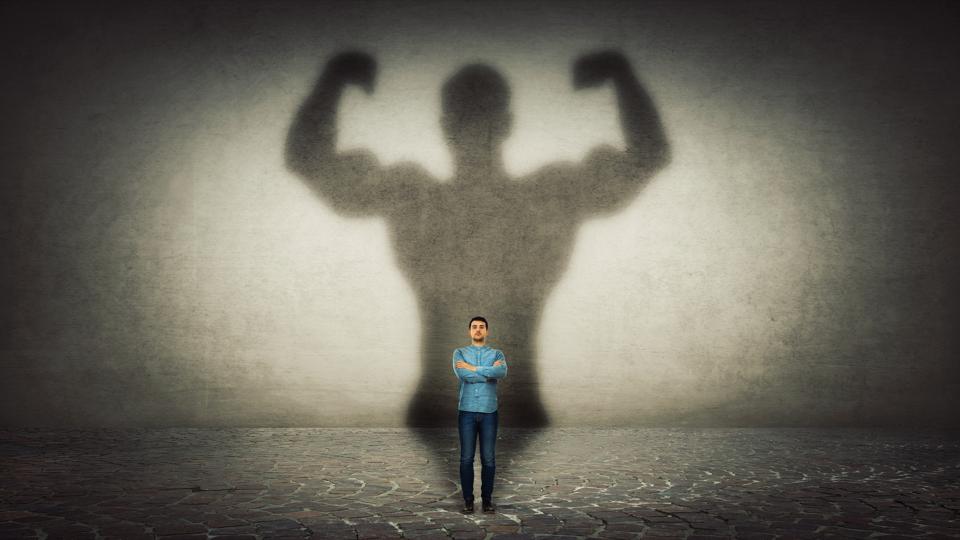 While all the questions and subsequent answers were intriguing, the beginning statements from both really captivated me. The each took a turn, briefly explaining how they got to where they are today. Here’s Buffett’s explanation:

“How I got here is pretty simple in my case. It’s not IQ, I’m sure you’ll be glad to hear. The big thing is rationality. I always look at IQ and talent as representing the horsepower of the motor, but that the output – the efficiency with which that motor works – depends on rationality. A lot of people start out with 400 horse power motors but only get a hundred horsepower of output. It’s way better to have a 200 horsepower motor and get it all into output.”

“So why do smart people do things that interfere with getting the output they’re entitled to? It gets into the habits and character and temperament, and behaving in a rational manner. Not getting in your own way. As I said, everybody here has the ability absolutely to do anything I do and much beyond. Some of you will, and some of you won’t. For the ones who won’t, it will be because you get in your own way, not because the world doesn’t allow you.”

Let’s repeat that last sentence, “For the ones who won’t, it will be because you get in your own way, not because the world doesn’t allow you.”

Talk about a loaded sentence! In one fell swoop, Buffet is teaching us that if we don’t live up to our potential (using only 200 horsepower of a 400 horsepower motor), it will be because we blocked ourselves. And he’s saying that the most common way we block ourselves is with our own irrational thinking.

You see, we all begin as largely non-rational thinkers, not reflecting much on the role that thinking is playing in our lives. We don’t realize the causality nature of our thoughts – how problems in our thinking causes problems in our lives. We sort of consider ourselves as the source of truth. We assume our own beliefs to be true. We unreflectively take in many absurd beliefs merely because they are believed by those around us. We have no intellectual standards yet. We create and maintain pleasant illusions. If it feels good to believe something, we believe it.

A perfect example of this is the “Downing effect”.  This describes the tendency of people with a below-average IQ to overestimate their IQ. This tendency was first observed by C. L. Downing, who conducted the first cross-cultural studies on perceived intelligence. His studies showed that the ability to accurately estimate other people’s IQs was proportional to one’s own IQ (i.e., the lower the IQ, the less capable of accurately appraising other people’s IQs).

And we see this with driving ability surveys. When asked, most people rate themselves as an “above-average”, even great, driver. Sadly, what’s borne-out in accident and ticket statistics is that we are all mostly average drivers and with a few being terrible drivers.

The first key is humility, admitting what we don’t know and also admitting our willingness to learn. The second key is to practice self-reflection. In other words, thinking about how we think, and also about what we think about.==============

If you’ve never been to a Berkshire Hathaway shareholder’s meeting, it might astonish you to witness how humble both Warren Buffett and Charlie Munger are in these meetings, especially given their successes in life.  Buffett talks openly and candidly about some of his major investment mistakes, but Charlie really brings forth the importance of humility to success. Here’s Charlie on this subject:

“There’s no way that you can live an adequate life without many mistakes.  In fact, one trick in life is to get so you can handle mistakes. Failure to handle psychological denial is a common way for people to go broke.”

“I don’t want you to think we have any way of learning or behaving so you won’t make mistakes.”

“I don’t think it’s necessary to be as dumb as we were.”

Munger admits he still makes mistakes even after many decades as a business person and investor.  He has also said that it is important to “rub your nose” in your mistakes.

“I like people admitting they were complete stupid horses’ asses. I know I’ll perform better if I rub my nose in my mistakes. This is a wonderful trick to learn.”

“Forgetting your mistakes is a terrible error if you are trying to improve your cognition. Reality doesn’t remind you. Why not celebrate stupidities in both categories?”

Munger especially recommends paying attention to so-called “mistakes of omission” (mistakes you make by not doing something):

“The most extreme mistakes in Berkshire’s history have been mistakes of omission. We saw it, but didn’t act on it. They’re huge mistakes — we’ve lost billions. And we keep doing it. We’re getting better at it. We never get over it. There are two types of mistakes:  1) doing nothing; what Warren calls “sucking my thumb” and 2) buying with an eyedropper things we should be buying a lot of.”

“Our biggest mistakes were things we didn’t do, companies we didn’t buy.”

For Charlie, thinking in terms of “opportunity cost” is essential when it comes to mistakes:

“We are apparently slow learners. These opportunity costs don’t show up on financial statements, but have cost us many billions.”

I purposely listed several of Munger’s quotes about humility and mistakes to make a point – If Munger, one of the richest, most successful, people of our time can still admit that he doesn’t know it all, that he makes mistakes, that he should be humble – shouldn’t that be a lesson for everyone?

But apparently it’s not. Because here’s what I see…

Some of very same people who fail with money, are also those who seem the least humble about what they don’t know about personal finance. They exhibit the least amount of humility, which is not only extraordinary, it’s also the trait that holds them back in life!

I once had a person who had declared bankruptcy twice, “ask me for advice”. I put that in quotations, because I quickly learned that he wasn’t wanting advice, he was just wanting validation, a seal of approval, for his crazy ideas. What came out of his mouth was nothing but stupid arrogance. For every piece of advice I gave him, his response was the same – “I know that.” “Well, if you knew all these things, why didn’t you practice them, you know, before getting to a point of having to declare bankruptcy twice?”, I replied. End of conversation.==============

The fact is that he didn’t’ “know” what he said he knew. His ego was too busy fooling him into thinking he knew money concepts, that he never learned anything. Those valuable lessons that he could have learned during the depths of bankruptcy, the very lessons that would have helped him avoid that situation in the future, were completely lost. They were lost because he would rather give off the illusion of superiority that he knew something rather than to actually go out and learn something. He would rather “be right” than get it right. I can only imagine where this person is today. If I had to hazard a guess, he’s still tripping over himself. Still crawling through life. Still unwilling to learn. Still flat broke.

Look, the bank balance doesn’t lie. Think of it as the ever-present scoreboard to let you know in an instant how you’re doing financially. If you don’t like the score you’re seeing, my best advice is to humble yourself. Ask yourself what you’re not letting in about money. What have you been in denial about regarding your personal finances? What have you refused to accept as true about your financial status because it’s inconvenient or embarrassing?

Humility is the key. Don’t be embarrassed to admit what you don’t know about building wealth. People who do never get to receive the life-changing benefits of rational thinking. They just get in their own way, over and over again and wonder why they never get ahead.

Here’s why this is important: You can’t solve a financial problem with the same thinking processes that created the problem. Remember, wealthy people don’t think differently than poor people, they think the opposite of poor people. If you are seeing the same money problems occur again and again (your bank balance will tell you), I encourage you to do this exercise:

Now, before anyone thinks I’m just being curt,  the hallmark of becoming a rational thinker is that when we confronted with the idea that our thinking is often flawed, and that if we are to improve the quality of our thinking and of our lives, we must become serious students of our minds and how they operate. The important question at this stage is: Will you take up, or back away from this challenge? Put another way, will you squarely face the fact that your thinking can be unsound? Will you take seriously the implications of that fact? Or will you retreat into that comfortable self-complacency that is “natural” to the human mind? Are you ready to begin the process of long-term development as thinkers? Or will you rationalize your way around it? To be or not to be.